Matticulous shattered a 14 Year Old Track Record on Saturday night at Tir Prince Raceway when he won The BHRC Derby in a time of 3.03.9. The previous record was 3.04.4 and was held by Cams Best of Ireland. Matticulous is a 3 Year Old Son of Hasty Hall out of top producing Mare Another Mattie and he adds the BHRC Derby to The Breeders Crown, The VDM, and The NWHOA 3 Year Old Championship which make up his ever growing list of honours. The race itself was a real classic and Matticulous was forced to do it the hard way drawn 6 out on the gate his driver Rocker Laidler took back and when the hit the half mile mark he was a minimum 15 lengths behind the leaders, when he eventually made his move Monsieur Bibeau The Irish raider was in no mood to give up top spot and Matticulous ended up parked on the outside as they hit the mile in a time of 2.04.3. Rocker pressed the button on Matticulous again in the back straight and he and Monsieur Bibeau really served it up to each other in what was easily the race of the night. For a brief moment turning for home it looked like John Richardson on Monsieur Bibeau would hold him off but Matticulous is a real war horse and he charged down the outside to win by a length. The sight of these two great horses and drivers giving it their all going down the home straight is what Classic races are about and Tir Prince Raceway would like to congratulate Matticulous on his win and the track record but also congratulate the connections of Monsieur Bibeau on owning a terrifc horse as it takes 2 to make a race and he certianly did that! But to the victors go the spoils All Hail Matticulous! 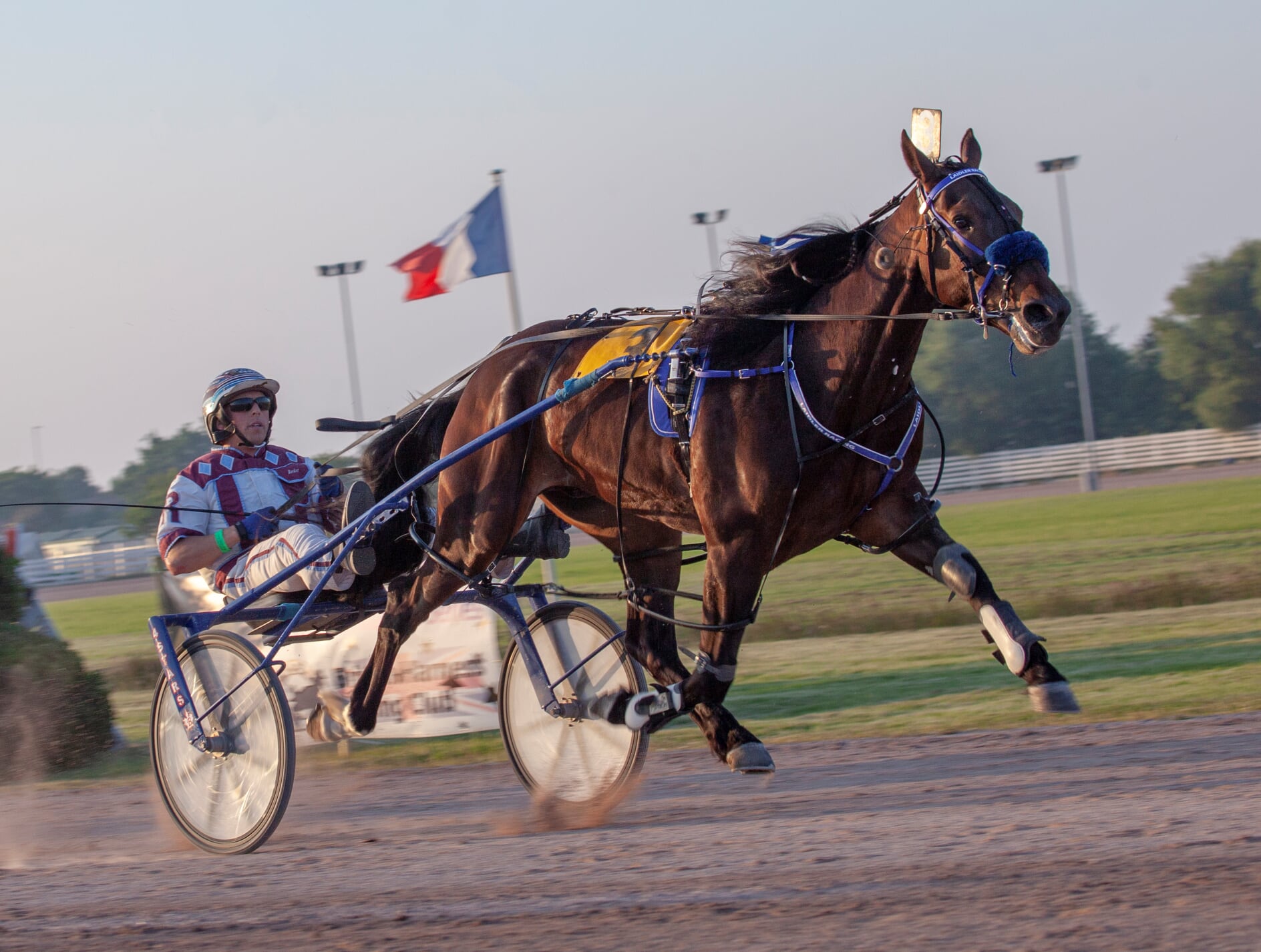